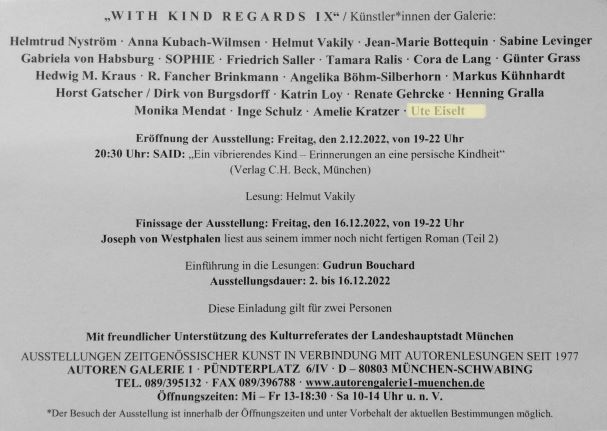 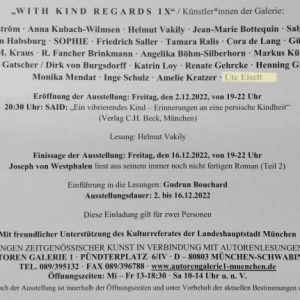 Vincenzo Cohen Interview with the artist within the programs “Se scrivendo” and “Dieci Libri”- Sky Italy Channel
Take a look:

DEVELOPMENT OF AN IDEA: THE PAINTING CALLED “FEMINA”

As they gaze upon a new painting, viewers may wonder what possibly has inspired the work. How did the artist come up with this particular visual idea, and why? Was it something the artist witnessed or was it derived from a source like a photograph? Perhaps it was just imagined out of the blue, in a dream perhaps, a chance meeting, a passing glance that stuck. However, did it pop into consciousness and onto the canvas this particular day?

Usually, for me, it is something visual that has zinged me. The light on an object, a pair of colors that resonate, a position or pose of a figure that evokes empathy… For this work, called “Femina”, however, the genesis was an idea I decided to try and express visually. I wanted to depict the cliché concept of the feminine identity. Not the spiritual or emotional idea of femininity, but instead, the conventional, societal construct.

What were the elements I needed to include? I decided on the ingredients: blond hair, blue eyes, a bewildered expression, a dress, preferably printed, a bow in the hair, and most essentially, the purse or pocketbook carried in a particularly haughty manner. The latter proved to be most essential and difficult to achieve. With no model to work from, I went to my own closet, got a handbag, and put it over the crook of my elbow with that particular hand gesture I wanted to imitate, and painted it in with the other hand. It proved to be exactly what I needed to deliver my message visually.

After several experiments on the background, I decided on black to set my female in stark relief, but the painting cried out for more. I found the answer in a home depot store in the form of a wall stencil. Somehow setting the figure off in front of what appeared to be a wall or enclosure was just the thing to make the point that the societal concept of femininity that we are so attached to and persists in the consciousness of both women and men is so detrimental and can be imprisoning.

So the work was now complete. Here is “Femina .”The value of art is that in an instant, without language, the idea is apparent in a way that no other medium could communicate. The image is an exaggeration, of course, but it is also eerily familiar. We recognize what she represents. She looks at us and asks for our opinion of her. She questions us, and we cannot look away. 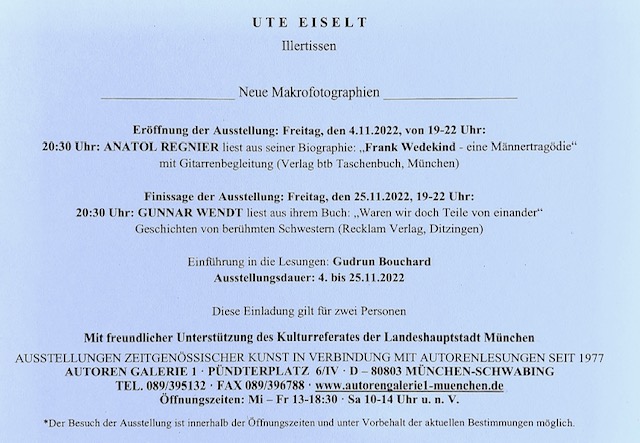 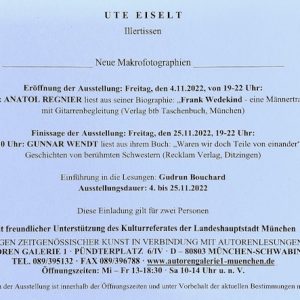 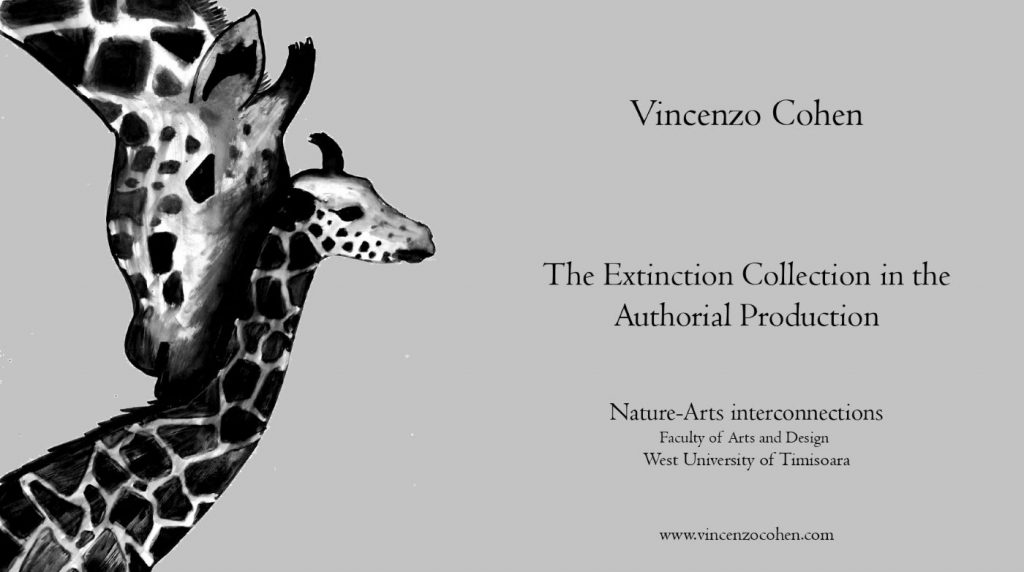 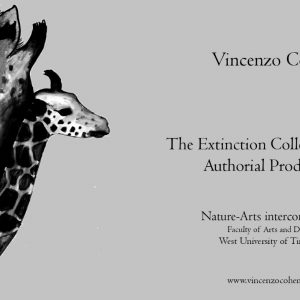 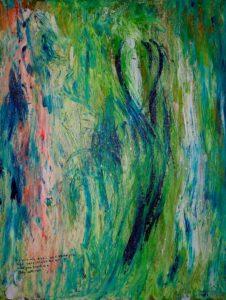 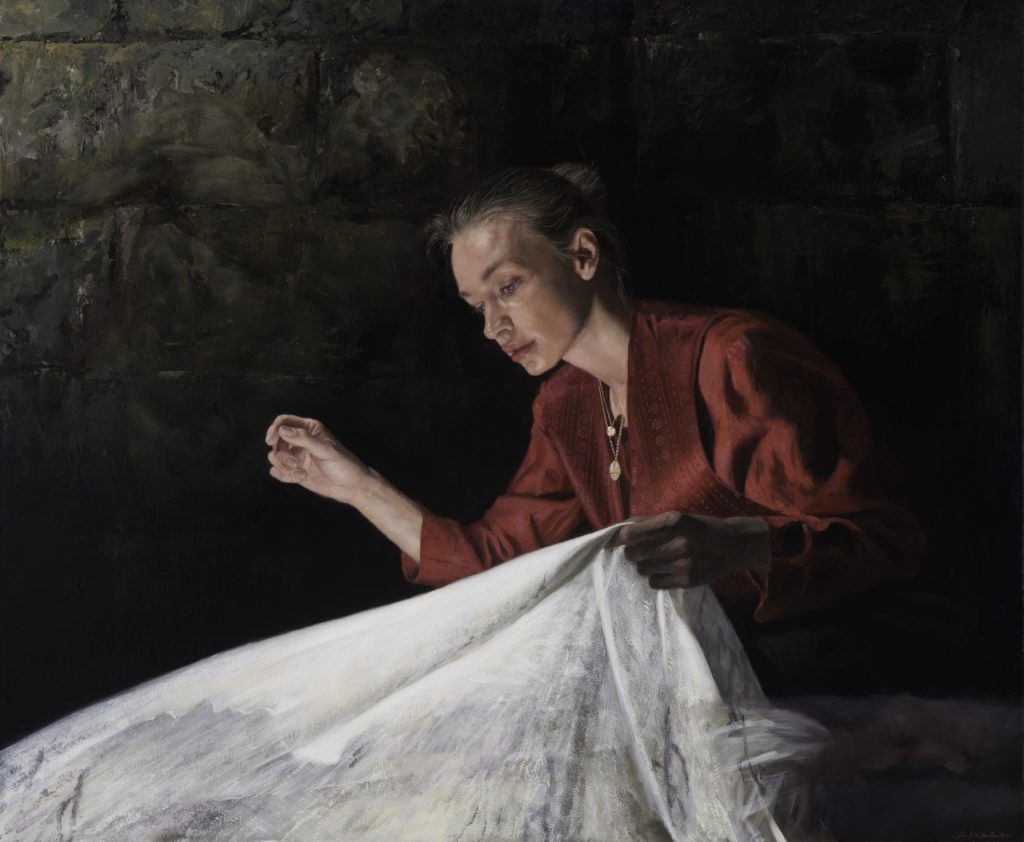 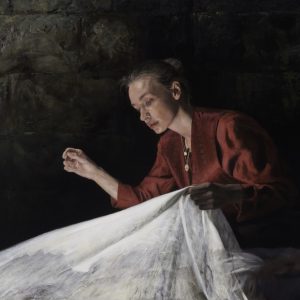 Mary Magdalene SangReal. Oil on canvas. 95 cm x 115 cm. Mary Magdalene, the Apostle, the closest and most devoted disciple of Jesus Christ and possibly his girlfriend and wife. Texts in the Bible suggest that after his crucifixion she may have been the first to discover the empty shroud in the Garden Tomb that bore only traces of his body. Mary still felt strongly his presence in the cave which could later be described as his resurrection. She may later have given birth to his child which continued the royal bloodline. Sangreal. Mary is canonized as a Saint in several major denominations. 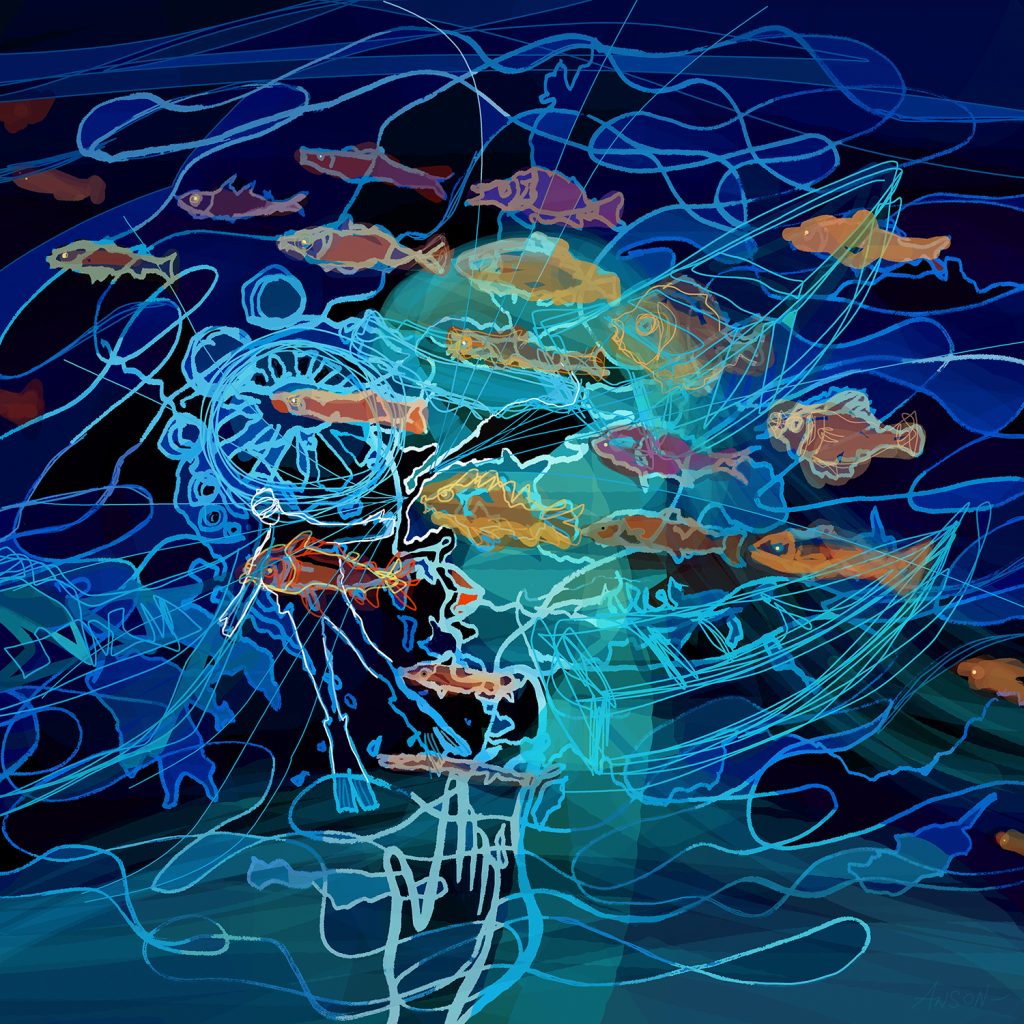 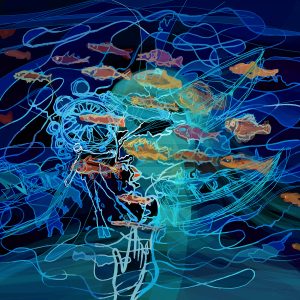 I am very honored and pleased to receive a thoughtful and kind invitation from Professor Özlem Uyan, Lecturer, Ph.D. at Çanakkale Onsekiz Mart University, Faculty of Fine Arts – Graphic Design Department in Turkey to be 1 of 99 designer-illustrator artists invited from around the world to create and submit artwork for the “DARDANELLES 99” INTERNATIONAL INVITATIONAL ILLUSTRATION EXHIBITION to celebrate the 99th anniversary of the founding of the Republic of Türkiye.

The “Dardanelles 99” International Invitational Illustration Exhibition will be held at the Karina Sea Culture Center of the Municipality of Çanakkale in Türkiye on Saturday, October 29, 2022.

While I was working on this illustration for “Dardanelles 99” International Invitational Illustration Exhibition, I wanted to capture the spirit of the Dardanelles Strait as being a pivotal moment in history of great strategic importance because they link the Black Sea with the Mediterranean Sea and provide the only seaward access to the ancient city of Constantinople (Istanbul).

I combined and integrated part of the upper part of a human form in a somewhat obscure way purposefully within a stylized and somewhat loosely drawn and abstract map focusing in on the Dardanelles Strait from a faraway perspective to give my illustration of it the deep pensive, lively, intense and mesmerizing epic-like feeling I feel this important historical moment requires in order to help express the symbolic meaning behind this historical moment in a visually intriguing impactful, dynamic and mysterious way. 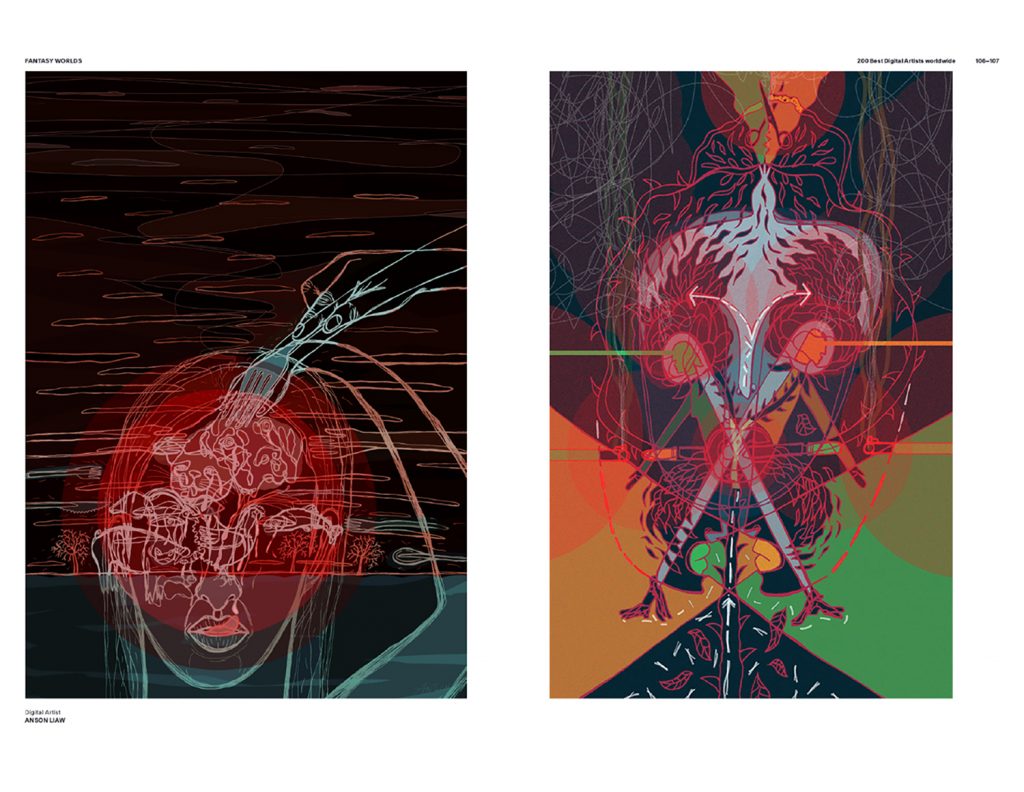 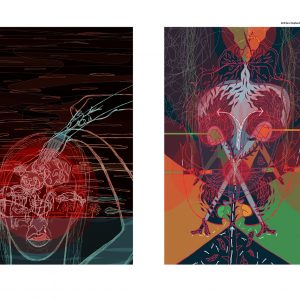 I am very honored and pleased to find out and be informed by Michael Weinzettl, the 200 Best Jury Chair, Lürzer’s Archive Editor in Chief and Claudia Coffman, Chief Executive Marketing Manager at Lürzer’s Archive that 2 of my illustrations have been selected by their jury members for print and online publication for Lürzer’s Archive 200 Best Digital Artists Worldwide Special Edition 2023-2024.

Museum Bünde presented an exhibition titled, “Our Planet – Our Rules”. This exhibition focuses on the ruthlessness with which we humans regard nature as a storehouse of material whose sole purposes is to be of use to us.

Accompanying this exhibition titled, “beloved, tortured, eaten” will look at this topic from an artistic perspective. Artists who were interested in seeing 1 or 2 of their works presented in a natural science museum had their say.

The works shown explored the ambivalence that humans show in their dealings with nature. Motives of our actions were to be explored and questioned.

Why is our pet allowed to sleep in bed with us but we make sausage for breakfast out of farm animals which are just as sentient and intelligent as our four-legged darlings? Why do we buy sustainable paper straws but can’t part with our SUV with combustion engine?

The artists were given a great deal of freedom – the works may and should have a personal reference and reflect their own opinions and values. The works could also deal critically with one’s own behavior. All kinds of representational forms were welcome.

All participating artists were honored with a certificate.

A type-less poster illustration was created for the invitational “Radicalization Leading to Terrorism” International Poster Exhibition 2022 to be held at the College of Fine Arts University of Baghdad (Republic of Iraq).