"As a self-taught artist, I do still concentrate on studying the postwar artistic avant-garde as well as the political and social life that surrounds us. For me, abstract art doesn't mean that it is abstracted by our day by day living, but that it goes beyond to reach a biggest dream."

Multidisciplinary artist, Benoît Tremblay aka Bent was born in Montreal’s Southwest Borough in 1975. An autodidact, he never studied art in an institution and he happily sees himself as an anti-academic artist. His influences are as wide as a 1000 colours you might place on a palette at the same time.

From Pollock to Basquiat, via Asger Jorn, Lee Krasner, Georg Baselitz or Gil Joseph Wolman and Guy Debord, the painter Bent tries his best to create visual reflections that can disturb life. Since 2004, he has had over 10 solo exhibitions and participated in 7 group art shows. He loves to travel and he sometimes creates work abroad that he finishes in the comfort of his workshop in his garage in Montreal. 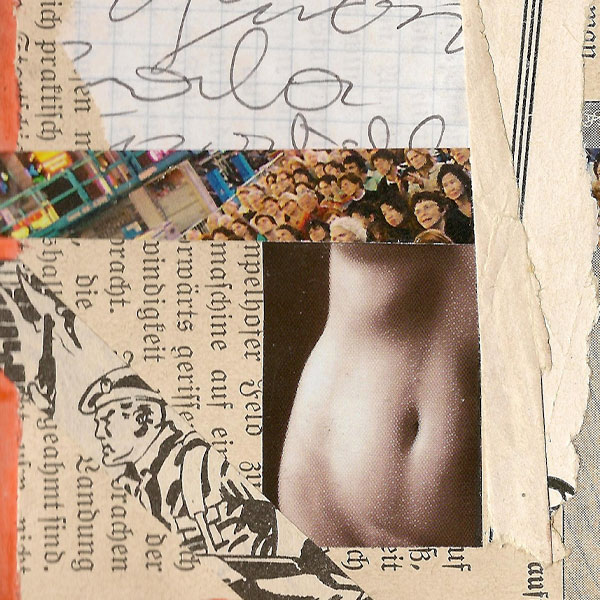 "I have always been interested in surrealist art and magic realism. The figurative aspect is important there. Coming from printmaking, I started out with using existing imagery, but more and more I have been combining collages with painted elements up to the point where the painting takes full control."

“I was born behind the Iron Curtain in East Germany. I am now living on the surreal shores of Belgium. I studied printmaking in Germany (Berlin, Magdeburg) and Ireland. After many years of producing limited edition prints in all forms, I stopped for a few years my art production and traveled the world extensively. Now I have moved my area of interest to collages and paintings. I like to see myself as a kind of surrealist artist in the tradition of Leonor Fini, Eileen Agar and the likes.

My collages are a juxtaposition of elements, images, and objects incoherent to each other, thereby exercising a de-contextualizing form of violence on language and image alike. They contain a kind of strangeness, a disturbing element disquieting the spectator/reader who is confronted with a series of elements taken from one's everyday life which, being put one next to each other, provoke, suddenly, an incoherent situation, a source of obscurity and vagueness. Working with text and images, I like to encourage the viewer to oscillate between reading and looking. It is about reusing, recycling and re-contextualizing the over-abundance of images and information we can choose from Time, the various cultural influences of the placed I traveled to and a Babel-like plethora of different languages are recurring aspects of my work.

The artwork is telling stories, influenced by my travels, but also often containing autobiographical elements." 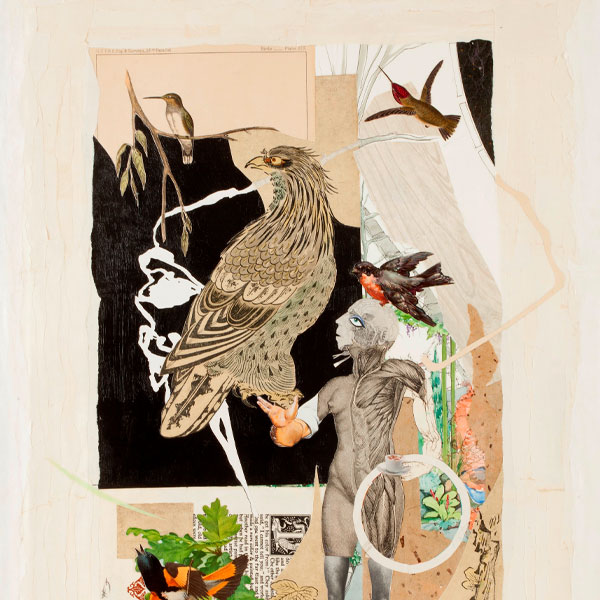