"We are passengers traveling together on a spaceship called Earth. I circled the sun 44 times in this spaceship, which is spinning around itself once a day. One of my favorite works is the panning shot about this spin with color slide films."

Jisoo Kang is a Korean artist born in 1976 in Seoul. Self-taught in photography since 2007, Jisoo focuses on capturing the mesmerizing night skies.

"My experimental photographs often question the familiar perception of our surroundings and could be seen as a kind of intermediate world in which fantasy and reality become allies."

From Germany, Susanne Lyoubi-Burk is a self-taught artist engaged in experimental photography since 2017. A member of Kunst Stuttgart International e.V., Stuttgart, Germany, Susanne invites you to visit her website for a full list of her exhibitions and more available artwork.

"I am an International Fine Art Photographer. In my search and desire to create something new, original, and pioneering my art evolves and diversifies from 'actual' to collage, to mixed media of photography and hand gilding with 24ct gold, palladium and copper. My aim: to evoke thought and feeling.”

Janice Alamanou portrays photography beyond the regular image. A diverse collection of style; she captures the fleeting beauty of nature alongside the observation of people, then combines with the sensuous perception of the human form, images that only photographing over many years, honing skills, seeing life, and creating new and different works can achieve.

In the beginning, her love of the ‘actual’ that a photograph captures led her to specialise in landscapes and portraiture. Every photograph needs to have a story as to why it was created, with thought behind it, beauty and meaning.

Her art realises the beauty and sincerity, whether that of the land or of the human body; working in both colour and black and white, her fine art images are simple, relaxed forms basking in light and shade and then combining with the elements of nature. “It seemed so natural to evolve and combine my two passions,” she says. These are images that affect the viewer and their perceptions about the meanings held within the piece. They are created to touch the soul.

Janice describes her work as "Constantly evolving - the amalgamation of many actual images to become perceptual artworks." The use of ICM (Intentional Camera Movement) and Intentional Blur from movement of the object, to capture well-known areas with difference and beauty. Use of her high-key style in ‘The White Collection’ and her panoramics of nature and cityscapes with many images stitched together giving up to a 300-degree angle and her pioneering 'Photography with Precious Metals'.

From the age of 12 years, Janice documented local tidal surges on the shores of her Norfolk home. The first images published in a book after the highest sea surge in Norfolk, 2013. Since then she is twice more published through Halstar, Halsgrove Publishing with landscape and life.

"I like and always admired the human body and nature, I use light as a form of communication."

From Brazil, Marcus Luconi is an experimental photographer specialized in the human figure that has been developing a career over the past 23 years in fashion, beauty, fine art and advertising. His first big project was the establishment of Kromak Produções Fotográficas (Kromak Photographic Productions)- a company specialized in catalogue production that has been on the market for 20 years and has one of the largest photography studios of South and Central America.

In fashion, Luconi has done advertisement and editorial work for magazines like Elle and Interview. His best pieces though are the ones that emphasize nude photography. His personal way to shoot it attracted the Brazilian Playboy's publisher, for whom he has developed many essays and covers.

In between his other projects, Luconi has developed Elemental, a photographic-artistic registration that involves the human element with fauna and flora concepts. This personal project seeks publishing, through art and photography, the unknown aspects of Brazilian geography. Showing its beauty, enhancing its cultural and environmental value.

Marcus Luconi was born in 1953 in Santa Rosa, RS, Brasil. 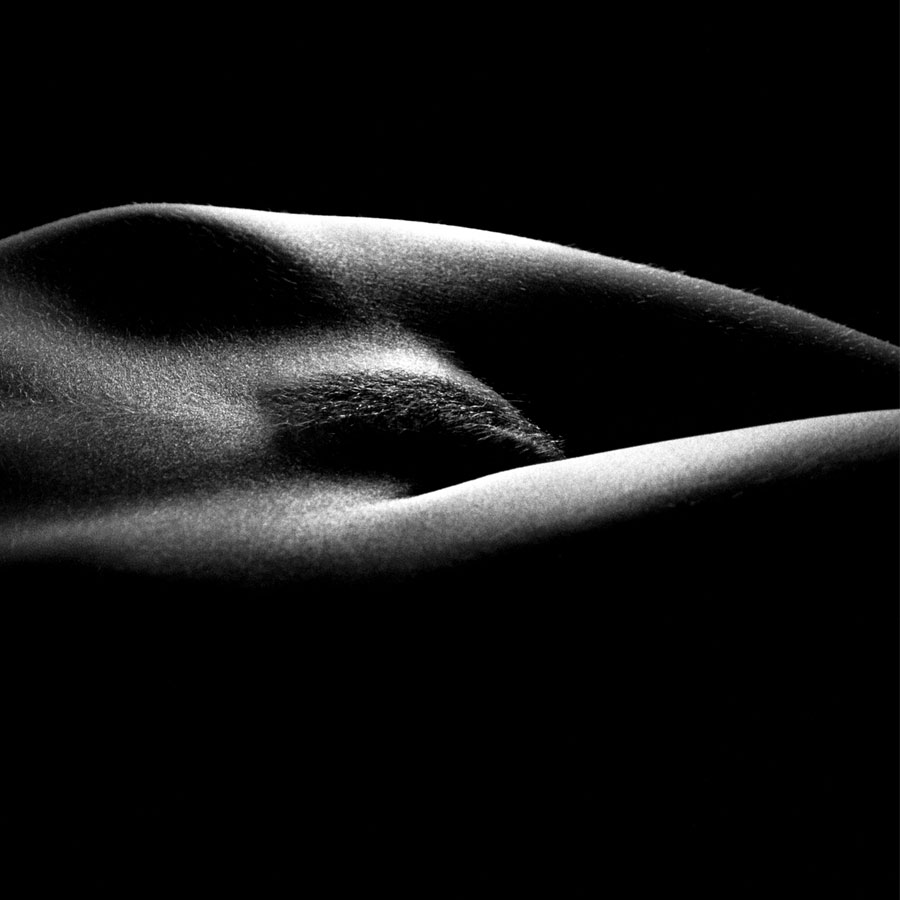 “I have been engaged in art for nearly my entire life.  I have worked in a variety of media and focused on a number of subjects, all with the purpose of creating something beautiful.  Ultimately that journey led me to focus on the beauty of the female form as viewed through black and white photography.”

To me, the creation and sharing of art is fulfilling when it brings joy to others.  I recall the first time that I exhibited my photography, a woman came up to me, referring to Stephanie I and said, "I enjoyed all of your works, but this one, this one is poetry."  But perhaps my greatest fulfillment comes from working with those who model for me.  While holding the newly matted and framed Carmen V, which was the payment Carmen elected to receive for modeling for me, she said, "I never knew how beautiful I was until I saw myself in your photographs."

I think the world would be a better place if we all focused more of our attention on creating and appreciating beauty.  Although I greatly enjoy exhibiting my artwork, over the last few years I have focused my attention on publishing my artwork in order to reach a wider audience with whom to share it.  I thank Circle Foundation for the Arts for providing that opportunity.

My studio is located in the United States, in the greater Washington, DC metropolitan area.  I have exhibited my artwork in venues across North America, Europe and Asia. I have received multiple awards and my artwork has been published in numerous publications on art or featuring art photography. My work has also been licensed for use by musical artists for compact disc covers and related promotional materials." 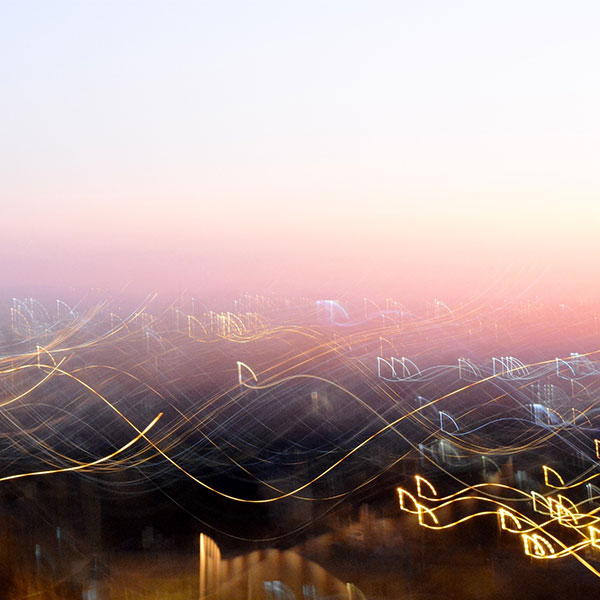 "I am creating abstract forms and landscapes that are romantic archetypes and reminiscent of both real and imagined world. The fascinating part about creating my artworks is to see how they are reflexive, influenced by music or conceptual ideas and linguistic perceptions, the reflection of soul & mind."

Orna L. Brock was born in Jerusalem, Israel where she currently lives and creates artwork. Orna lived in London for many years where she had two solo shows including her large-scale oil paintings, aquarelles and dry-point prints. She also participated in a group show  at the “Bankside” Gallery, the Royal Society of Painter-Printmakers. Orna show the installation  "The Bee Zone" in Bar-David Museum of Jewish Art in Kibbutz Braam, Israel as well as an exhibition of her Etchings at the "Beit Uri and Rami Nehushtan" Museum Kibbutz Ashdot Yaakov Meuochad, Israel.

Orna received an award for a group of sculptures she created in 1995 from “The Foundation for Supporting Artists of the United Kibbutz Movement”. She was selected by the International Art Market Magazine - The Gold list Special Edition # 4 2019, as one of the top contemporary artists of today. In July 2019 she received the Michelangelo Prize in Rome Italy & also received “ The International Giotto Prize” in (11/2019) Lisbon Portugal. She was awarded The “Leonardo Da Vinci International Prize” (25/1/2020) in Florence Italy. She is chosen to be one of the artists to be published in the Art Book “The Best Modern & Contemporary Artists” 2019. Curated by Salvatore Russo & Dr. Francesco Saverio Russo.

L. Brock was chosen to participate in the book “Artisti” 2020. “Annuario Internazionale D’Arte Contemporanea”, Written by Luca Beatrice, Angelo Crespi, Philippe Daverio, Vittorio Sgarbi. Published by ARTNOW. in Italy. Her artworks have been featured in solo and group exhibitions, such as the “Surfaces” ITSLIQUID international Art & architecture Festival 2018 in Venice Italy, curated by Arch. Luca Curci, In museums and galleries in Israel & around the world. Recently She was awarded the international "Artist of the year 2020" Prize in Sciortino Museum. Monreale, Sicily, Italy. 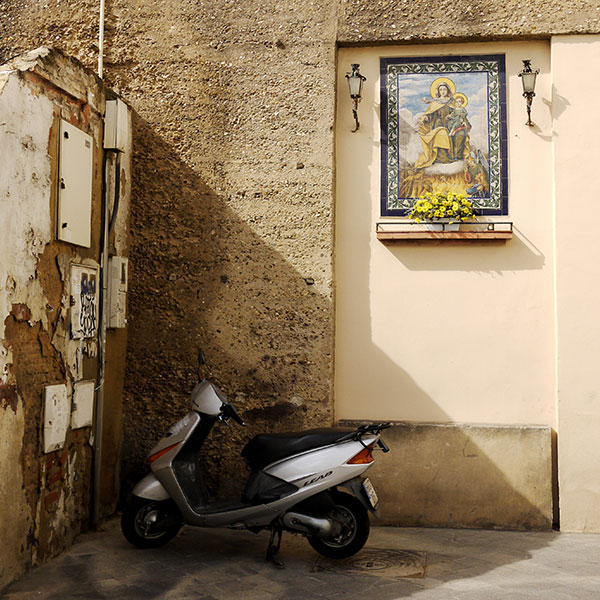 "Photography is a reflection of an object or person, that is available for projection by the viewer."

I started photographing images using black and white film, and printing on photographic paper, followed by hand-tinting using photo oils. As I combined my love of travel with my passion for photography, I transitioned into digital photography, making images of diverse cultures and environments around the world.

Currently, I’m working on a project with a Native American tribe in Minnesota, the Ojibwe, to capture portraits of the elders, and record their spoken word stories for future generations. I received a Mayoral Proclamation for a project I worked on with the Santa Monica/Malibu School System, teaching Standards through photography. I also worked with the Boys and Girls Club in Long Beach, teaching photography through a grant from the Los Angeles Center For Photography. My work has been exhibited globally, including Los Angeles, New York, Minneapolis, Colorado, Washington, Amsterdam, Turkey, Paris, Berlin, and Spain." 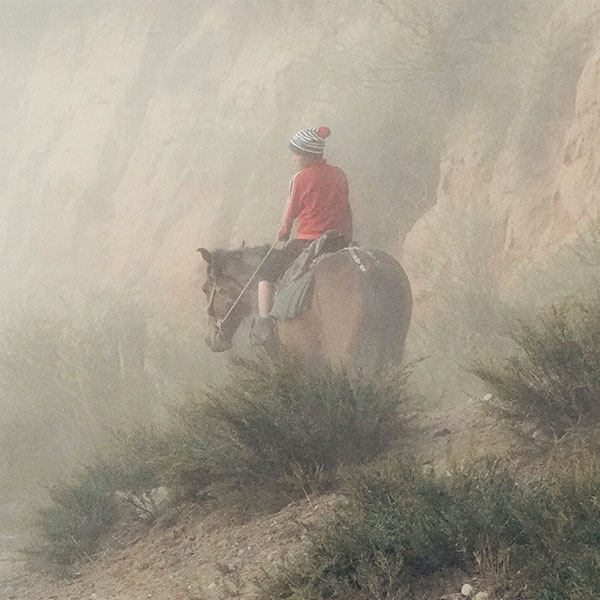 "I am drawn toward the mysterious, the beauty in nature, and different cultures. I see the art in reality and capture it in different and unique ways. The subjects I take fascinate me which makes it easier to connect to."

Originally from the UK, Danny Johananoff resides in New York. Having spent over 50 years in photography, he only started to exhibit his work in 2018 and has since held exhibitions in NY, Miami, Rome and Milan with further shows scheduled in Tokyo and Shanghai.

As a photographer, Danny believes art is always there, and that all he needs to do is to capture it through the lens. Johananoff refers to his work as “painting” with the camera. His images are often blurred and dreamy, depicting the culture and the pure beauty found in nature. He begins each photo expedition with no expectations or notions on what he may find and shoot. Thus, opening himself up to receive any scenery that transmits emotions to him. It is this feeling and point of view he wishes to bring to the viewer.

Raised in a family with a passion for music and photography, Danny’s love for harmony in sound and color has lasted a lifetime. His passion has deepened by his extreme travels, juxtaposing landscapes and circumstances, with each experience transforming his view of the world abstractly. He believes it is this developed lens that allows beauty to be seen even in the war-torn Middle East or a remote area of the world almost untouched by the hands of modernity. 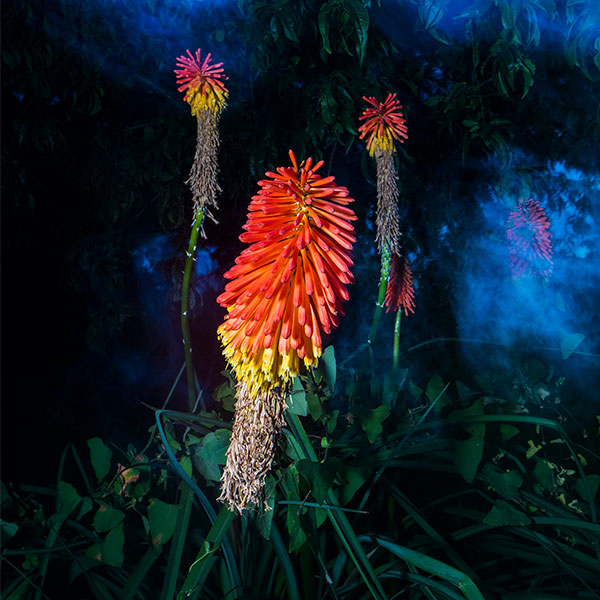 “Photography is an expression of the real world.”

2020 Art Expo New York, nominated as Finalist for ‘Agave in the Sea’ which should be exhibited in New York in April 2021

2020 Honorable Mention Award, for ‘Hydrangea in the Sea’ 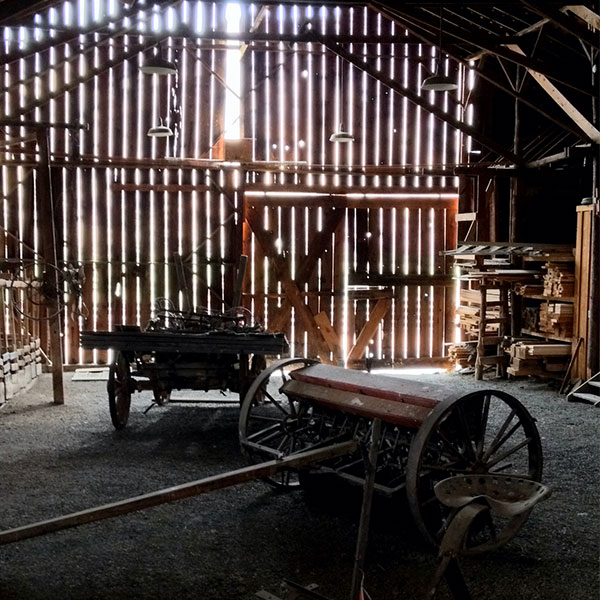 “Life and Art are born of Light.”

"Enthusiasm with art and photography led me to take many photography classes in school. After college, I pursued a career in Biology and my extensive use of photo-microscopy required that I continue to develop photography skills, including digital and three-dimensional imaging.

Although my early photographic training was in the tradition of the f64 club, I am an experimentalist by nature and incorporate the use of shallow-depth of field and slow shutter speeds at times to convey my impression of the moment.

In terms of artistic inspiration and expression, I am most influenced by late-18th and early 19th-century Luminist painters. I particularly enjoy making panoramic images because of the way they draw the viewer into the scene and convey a sense of space. My purpose is to share the joy I find in the beauty that surrounds us all."