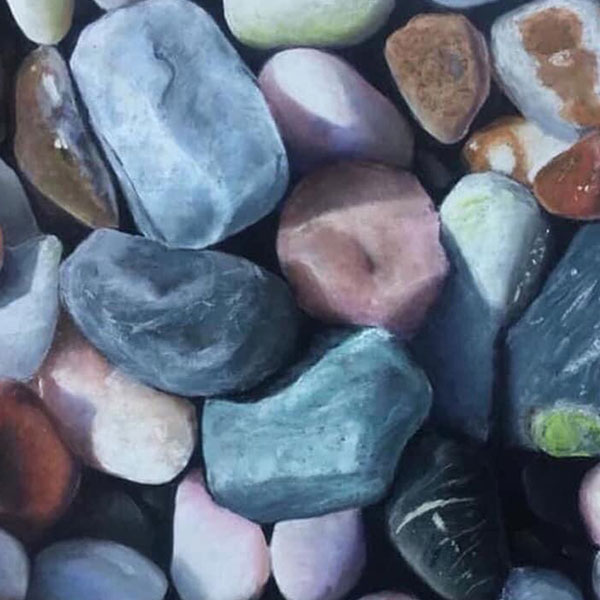 "Art is a way of expressing myself and passing the message that in these difficult years we can achieve more as individuals and as nations, if we truly believe in ourselves."

Realist artist with exhibitions in Greece and England, Athina Soultani is a member of the UK Coloured Pencil Society and an award-winning artist.

"The concept of my art is to pass a positive message for a better world. It is important to give people hope for a better, more peaceful world without violence, murders and a better quality of life without the stress of the modern people." 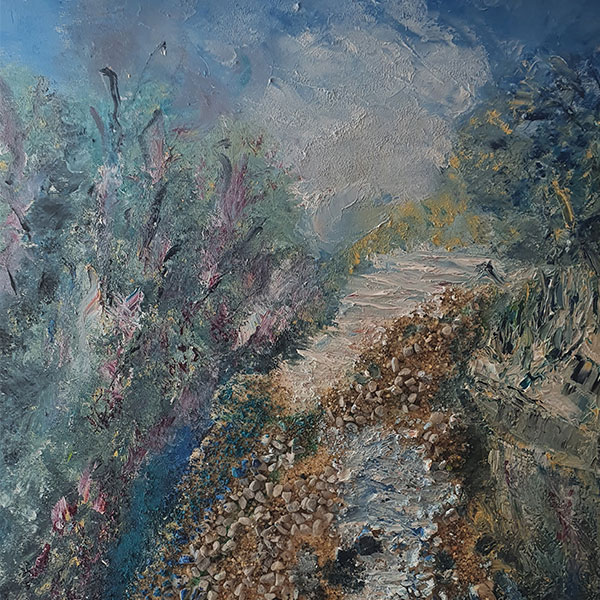 A full time artist with a career spanning over 30 years, Dragoslava has had over 30 solo shows in her native Serbia and abroad.

Dragoslava Stanković - Dragica was born on April 23, 1950. Until she came of age, she lived in Glušci, in Mačva. Even in elementary school, she liked to paint and showed great interest in art. In August 1971, she went to work in West Germany, where she realized herself as a painter. In order to connect with painting circles, she visited galleries and museums, and absorbed various techniques and skills of famous artists. I experienced the peak of my success through numerous exhibitions in Europe, America, Canada. 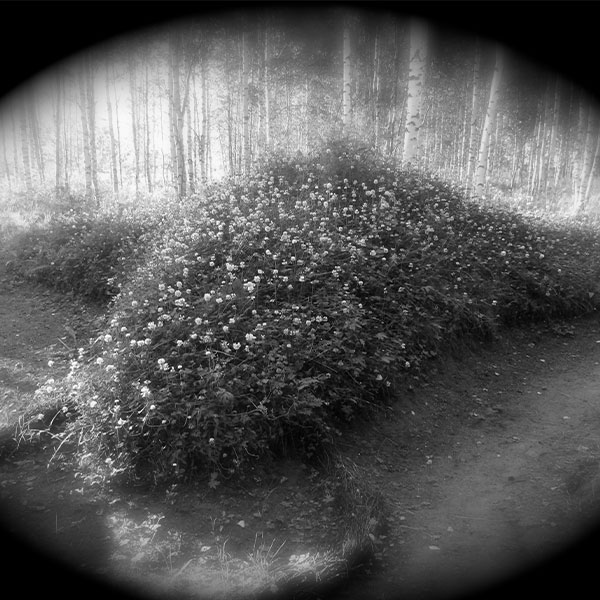 Eira Ainalinpää is visual artist, but also natural scientist and writer (Doctor of Arts and Master of Science). She like to combine different art methods. Her artworking and research place is Art-arboretum in northern Finland. 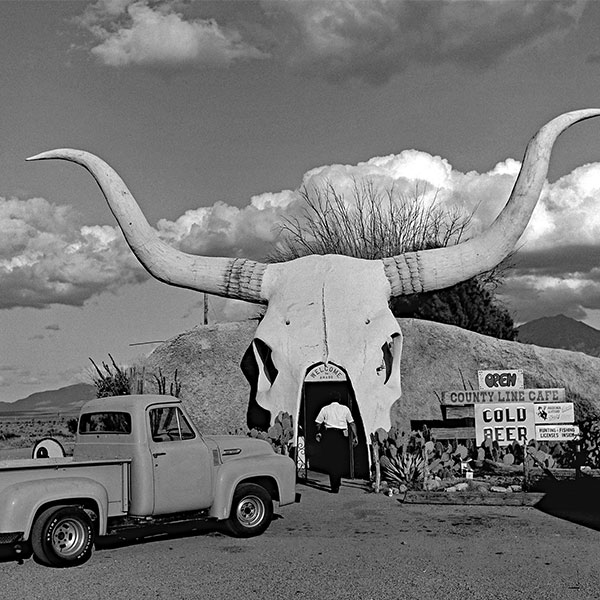 "I am a grateful person, I have seen the wonders of this amazing world, the beautiful and not so much... I have met such interesting people and they shared their lives with me. It has been my pleasure/mission to bring back images and share with everyone. All men die, few ever live ...I have."

"I am a self-taught photographer. I have done most of the various types of photography which have taken me around the world and into all the conditions you can imagine. I have done the news/photojournalism for major magazines and newspapers during the Nicaraguan conflict, been with the Vice President and in hogans with Native American healers.

I studied biology during my university years, it has served me well in my awe of the natural world. I am always outside starting with the dawn and all day watching for flowers or sky events and ending with a sunset or nighttime Milky Way photography, a new passion.

I have been a film tester for Kodak and a lecturer at colleges about the photojournalism years. I was honored to be asked by a Dine", Navajo, healer to document his life in the Northern Arizona Dine' Nation, which to say was a life-changing experience, and I have advanced into setting up a Foundation at the University of Arizona Medical College for Native American medical student. My passion is sharing the natural world, portraits of people I meet, and using an infrared camera to show an alternative light wavelength of the landscapes we have here in the Sonoran Desert of the Southwest USA. I believe I 'see' well and am always capturing the small and grand images I come across to share with those that have not been to the places I have been. Every day is filled with the possibility of seeing something new and sharing it.” 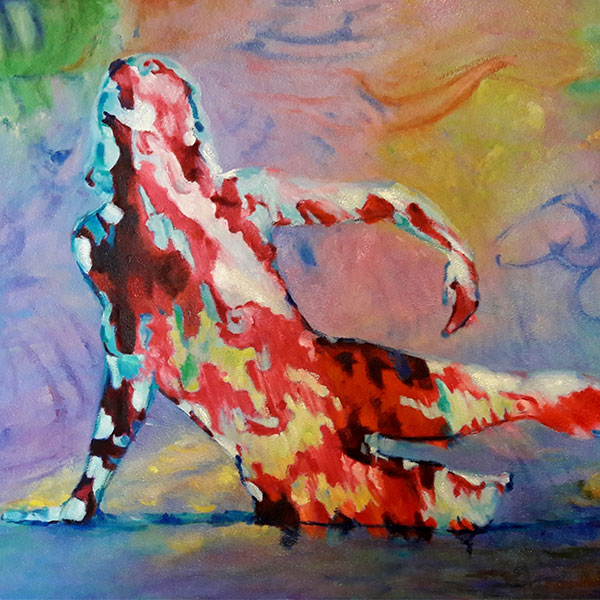 “A dance movement is a fleeting reality, just as life is. To render ‘the moment’, ‘a fraction’ of a dance move. I am inspired by the stylishness of the dancer, the elegance of the ballerina, the whirl in choreography. Colour means life, means action, means realness.”

Belgian artist, Gabriel Simoens was born in 1952 and lives in Kortrijk but also maintains a studio in Nafplio, Greece. Simoens received an art education (1976 - 1984) and graduated the Municipal Academy of Fine Arts, Bruges (BE). Specializing in life and monumental drawing and painting since 1973, Gabriel's main subject has been dance and the human body in motion since 1990. He works on commission and has sold works in Belgium, Greece and the USA.

"Being busy with art is like a passion. "Doing my thing" gives me great satisfaction and leaves me time and again with complete fulfillment. Self-confident, individual and independent I show everyone who wants to see what keeps fascinating me endlessly. As an artist, I want to express in most of my works what life actually means to me: a continuous sequence of moments, from the beginning till the end. Just like the sequence of movements in a dance." 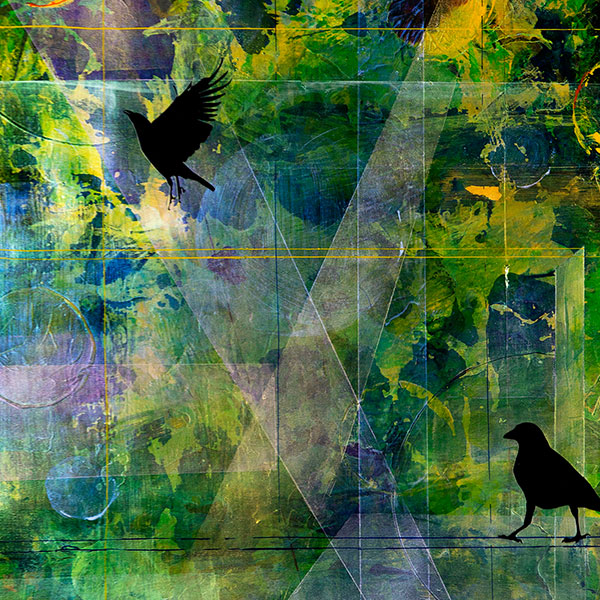 Chuck Jones, PhD, is a Knoxville, Tennessee, USA-based, primarily self-trained artist with a long adjacent career in Clinical Psychology. He has had more than 65 pieces in national and international exhibits over recent years.

PhD in Clinical Psychology from the University of Tennessee 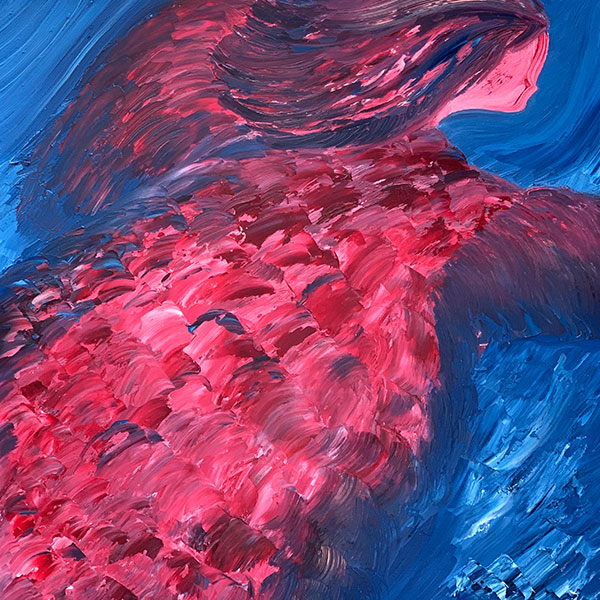 Carolina Ramonde is an Italo-Uruguayan conceptual artist who specializes in oil paintings inspired by nature, climate change and current events. She's part of the movement ‘Techspressionism’ as she likes to do digitally interventions on some of her painting.

Carolina Ramonde is an Italo-Uruguayan conceptual artist who specializes in oil paintings inspired by nature, climate change and current events. She's part of the movement ‘Techspressionism’ as she likes to do digitally interventions on some of her painting.

Caro was born by the sea in the beautiful city of Montevideo, Uruguay. She's also an Italian citizen.  Caro has been studying art in its diverse forms her whole life. She received her first art award at 5 years old. She went on to study Fashion Design at age 15 at Instituto Strasser, Montevideo, and created her first capsule collection when she was 18 yrs. old. Later, she earned a degree as an Interior Designer at Gino Moncalvo Design School.

Caro traveled the world with her husband. They lived in Argentina for a few years, where she studied sculpture at Centro Cultural Rojas. They also lived in Milan, Italy, where her oldest daughter was born. One year later they moved to Porto Alegre, Brazil, and later that year, Caro welcomed her youngest daughter in Montevideo, Uruguay. The family then moved to São Paulo, Brazil, where Caro studied Plastic Arts with a specialization in Painting at ABRA – Academia Brasileira de Arte.

A move to Mexico found Caro as part of an art collective that took her paintings to charity auctions, art exhibitions and contests. Then it was on to Buenos Aires, Argentina where Caro continued painting and took part in art exhibitions.

Currently, Caro is living for a while at Florence, Italy and divides her time and artistic creations between Vancouver, Mexico City and Miami. She also makes it an habit to visit her family and friends in Buenos Aires and Montevideo once a year. 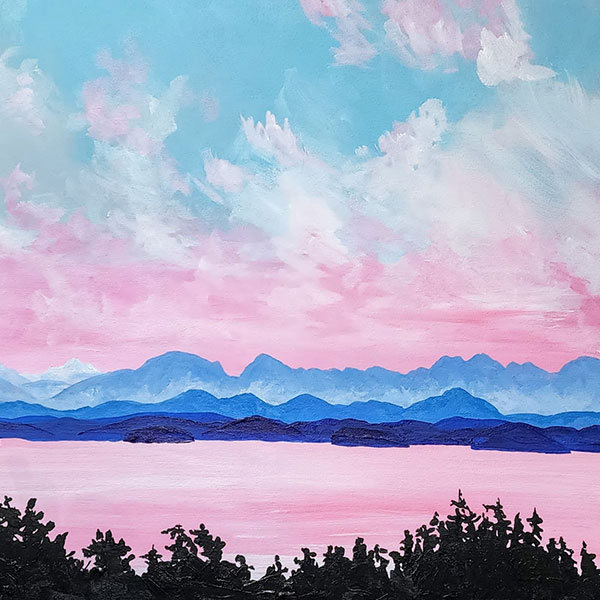 "Doing art, for me, is a mystical process, a spiritual work, and an exercise of creativity. When I paint it is as if the veil of the common life is momentarily lifted allowing me to be embraced by the underlying essence of the universe. I consider my artistic expression a gift to be shared."

"I have always known that creativity and inspiration are part of my life force. I discovered my artistic and business talents early in elementary school as I sold some of my first works of art at recess for snack money (yes I did get in trouble for it!) or traded art for other stuff.

After finishing high school in Ontario I completed a College degree in Religion and a University degree in Psychology. I was encouraged by my family to work in the church. I tried it for a few years but naturally gravitated away from the church into the business and charitable sectors.

For most of my working life, I have been a business owner or senior executive in the business and non-profit sectors. At every phase of my life, I took time to exercise my creativity. When I had a studio space, my creative expression flourished and when I had no such space my creativity was channeled into my other endeavors.

In 2011 I renewed my commitment to my visual art and sharing that particular gift with others. I have received a number of international awards of recognition and am honored to have artwork accepted into the permanent collection at Government House of British Columbia as well as The Union Club of British Columbia.

After using oil-based paint for many years I switched to acrylic paint in 1993 and currently it is the sole medium I use. 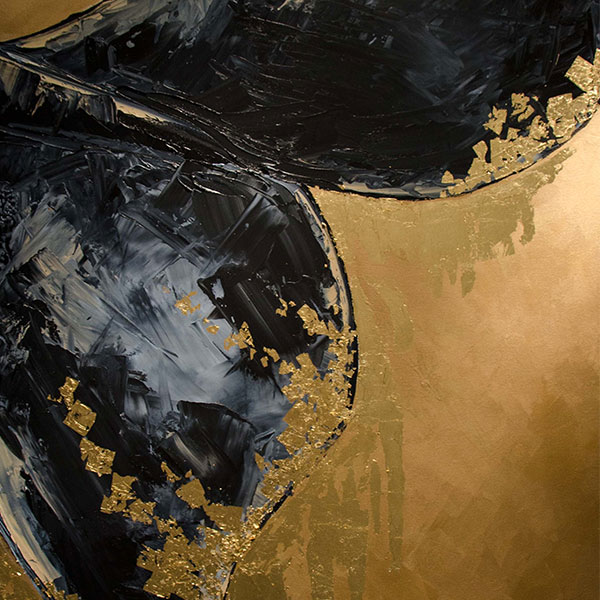 "A journey of love and resilience. Capturing the essence of life, beauty, and nature through art."

"My personal views and beliefs of our planet and our surroundings call out for me to share an awareness towards preservation, conservation and awareness of nature’s values through my art.

Katheryn’s focus, determination and purpose prevails in her paintings. Her travels, brief struggles and inherent interest in understanding human nature and the nature of our world aided and led her to discover her path of connection, passion and purpose that evolved her into the artist she is today." 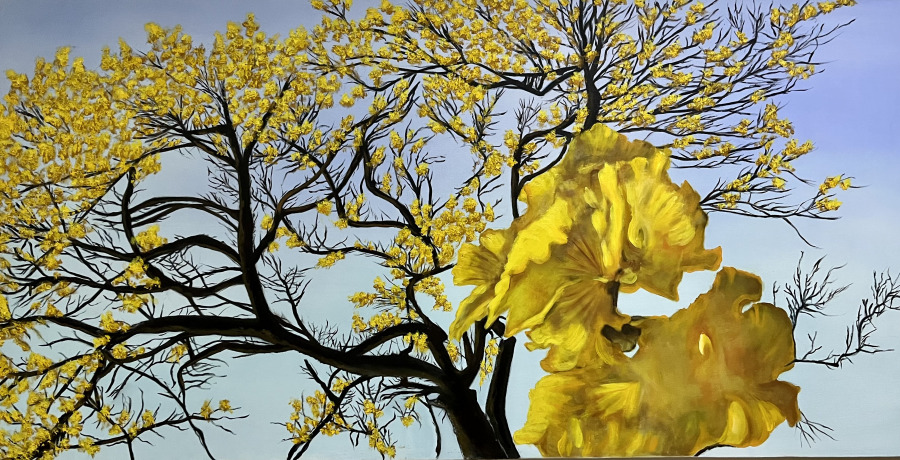 “I have been a self-taught plastic artist since childhood, I have art as a reason to seek new knowledge in the way of renewing ideas in the creation of art!”

"I have degrees in visual arts and psychology. I was born in Brazil, in the city of São Paulo. Since I was a child I have been painting on canvas. As a self-taught artist, I participated in online exhibitions, and I since seek constant improvement, my motto is, "Art exists because without it, life does not." 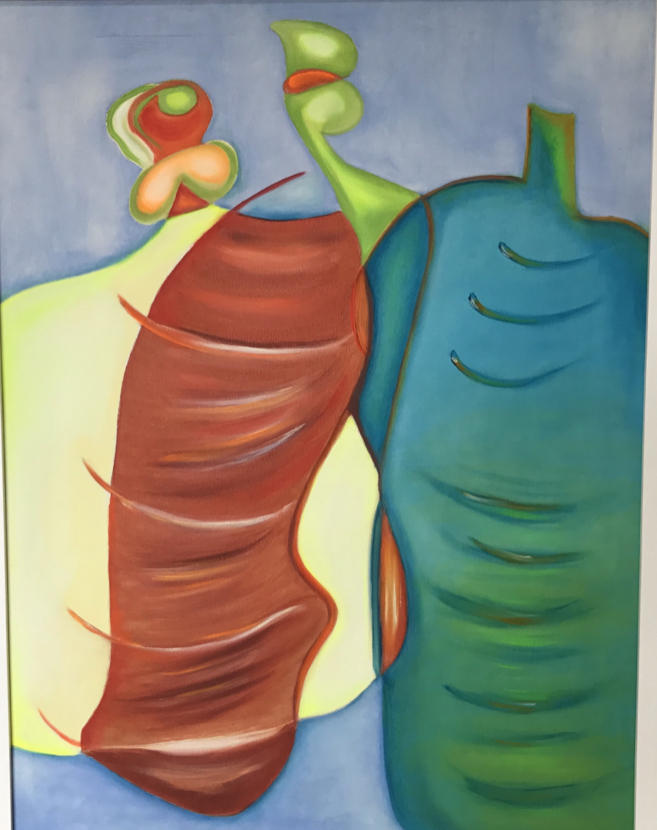 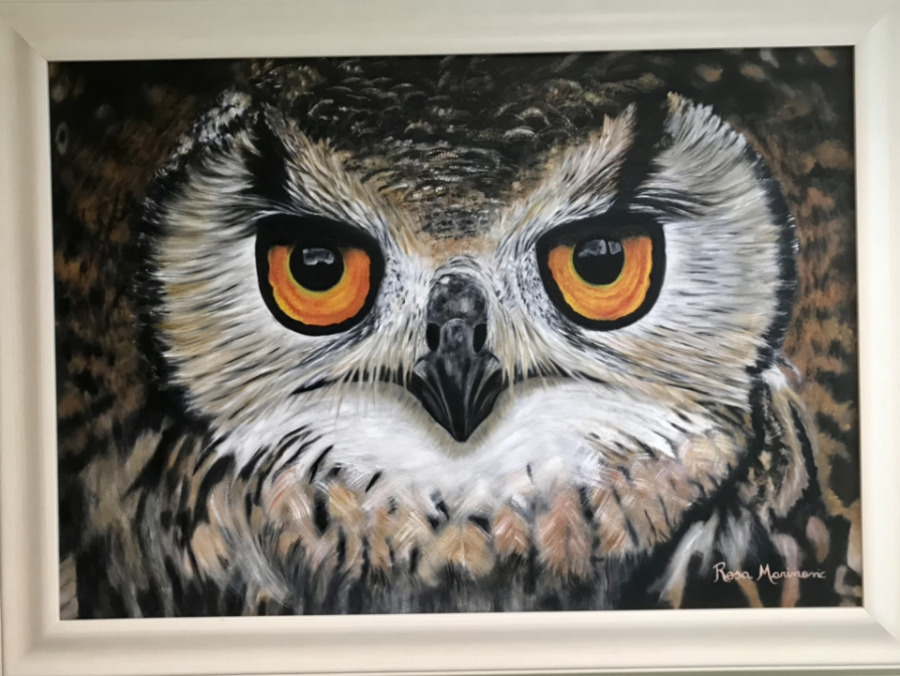 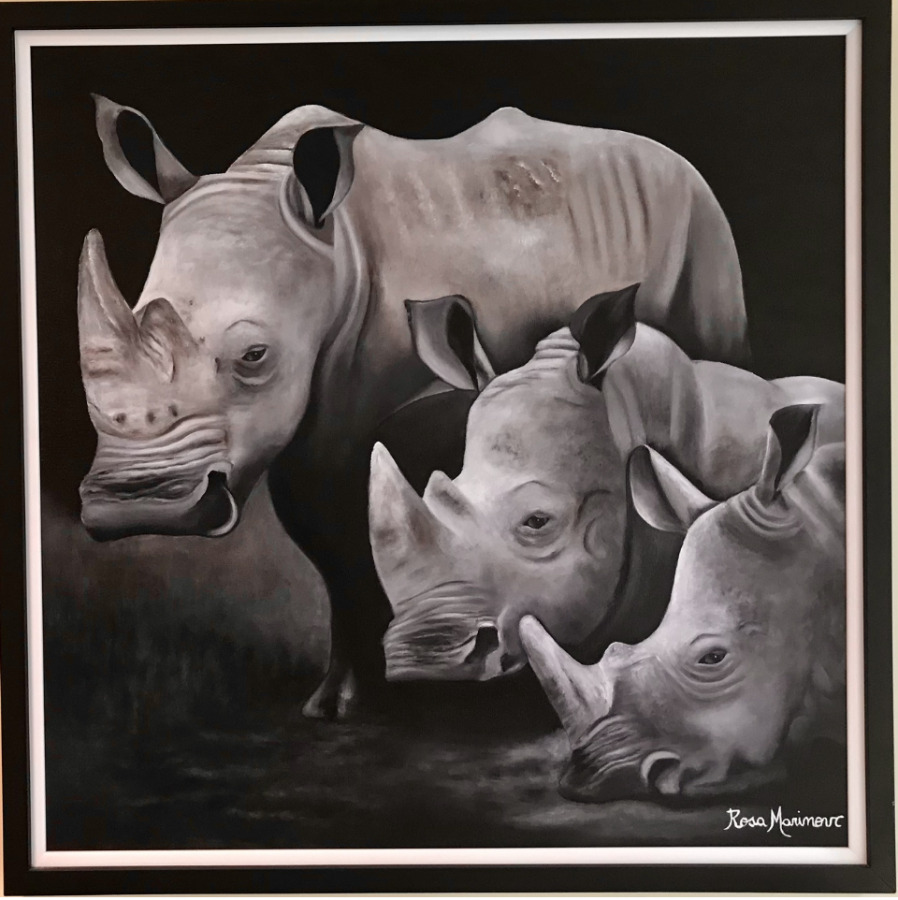 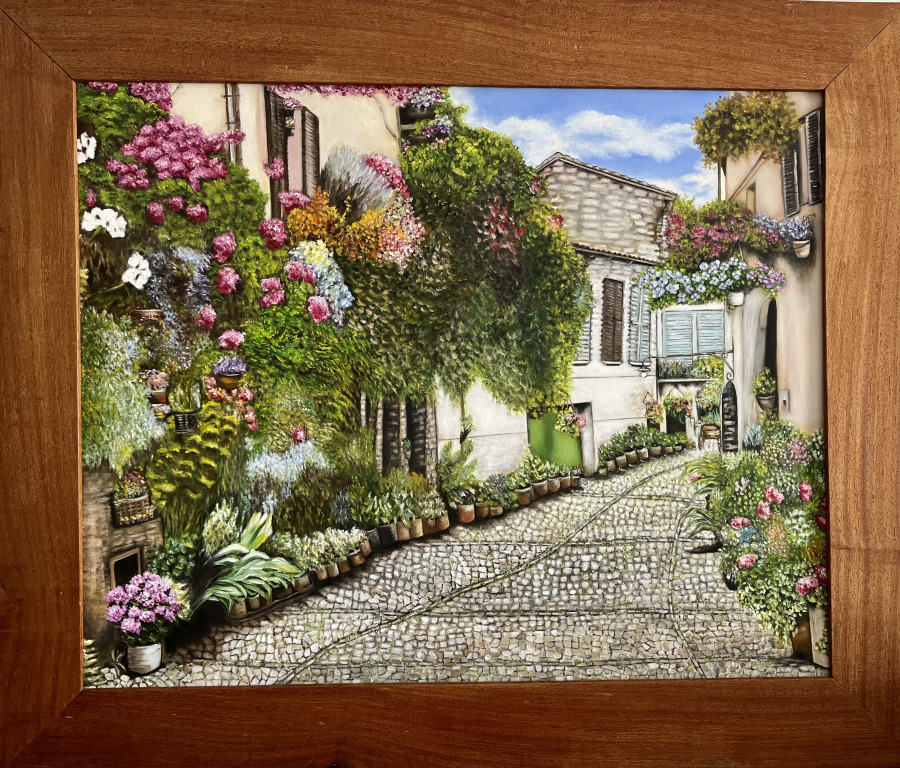