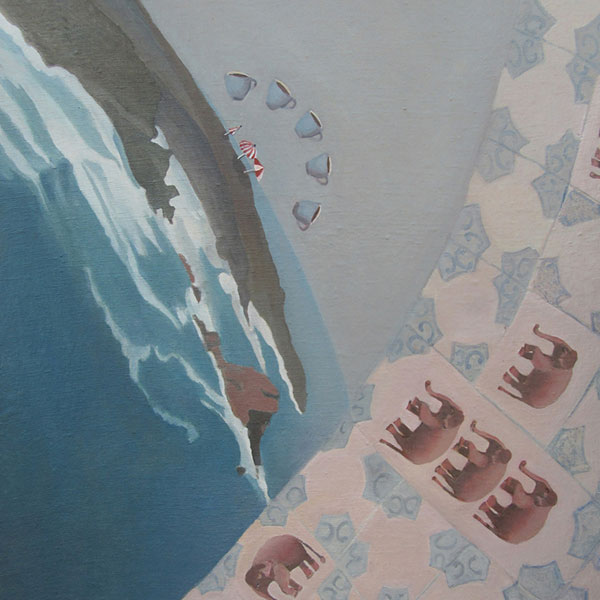 “My painting is about passion and the freedom of experiment, in search of the poetic, surreal and ironic essence where nothing is impossible.”

Angela Keller grew up in Switzerland and followed an eclectic career as paleontologist, psychotherapist, and painter. She took lessons in drawing and painting at the School of Arts at the University in Bern. From 1999 to the present day, Angela has exhibited her works in numerous international art shows.

Angela creates experimental, playful artwork with hints of dreams, fantasy, and charm. Her paintings fluctuate between surrealism and symbolism; they are dreamy, otherworldly, and lyrical in their balance between fantasy and reality. Angela’s paintings depict imaginative imagery while also incorporating certain realistic elements, such as the hills of Kabul, the coast of Portugal or the villages in Calabria, in Southern Italy, where Angela currently lives and wor