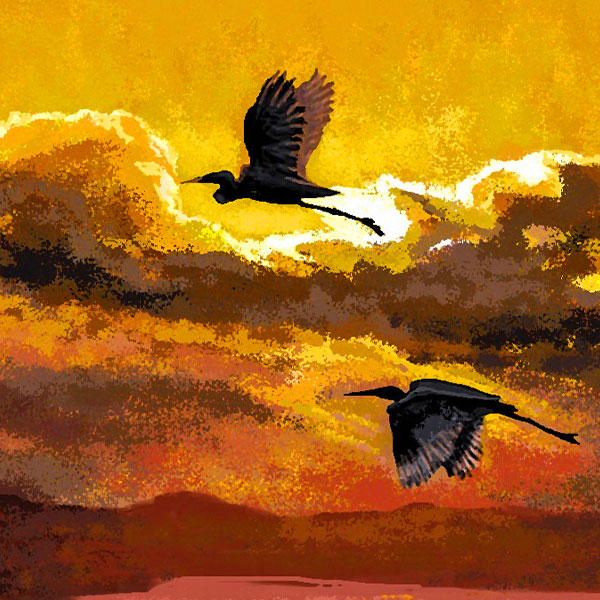 "I am a pioneer in the field of digital fine art painting using only the Microsoft Paint program on my computer and a mouse. Starting with a blank screen each painting is created pixel by pixel to achieve a subject more realistically portrayed with a background more impressionistically done."

Carole K. Boyd, a self-taught digital fine art painter, was formerly a full time professional musician, songwriter, actress, tennis pro, pilot, and equestrian, and to this day still engages occasionally in live musical performances, in writing songs, and in teaching dressage lessons. She practices law as a sole practitioner in civil law in Bayview, Texas at her ranch where her horse, two dogs, four cats, water fowl and various other creatures also reside.

Carole has exhibited in and been represented by galleries throughout Texas, in Scottsdale and Tubac, AZ, and in Chelsea, New York City. Her work has been juried into fine art exhibits throughout the Southwest and sold to collectors nationally and abroad. She was selected to have her art in a show held in Rome, Italy and was awarded a showcase in the edition of "Creative Masters III" produced by Artquench Gallery and “Top 60 Masters of 2017”, a magazine published by Art Tour International. She recently had paintings on exhibit in the Brownsville Museum of Fine Art, and in juried shows at the Museum of Western Art in Kerrville, Texas. She is presently represented by Kingfisher Gallery, South Padre Island, Texas. Her paintings are on public display in the new Kerrville Municipal Building, the Bandera County Courthouse and the Frontier Times Museum, Bandera, Texas. Fall 2019 Carole had a two month-long one-person show at the Brownsville Museum of Fine Art where several pieces of her art were sold.