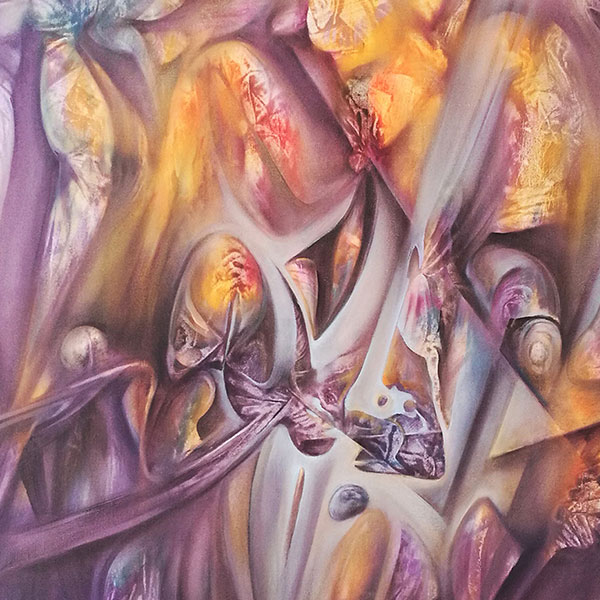 "I want to paint an emotion, a dream, through lines, colors and shapes, to create something new, different and unique!"

Romanian artist, Cristian Blei started drawing and painting at a very young age, fascinated by the power of colors and shapes like a magical thing. Coming from a family of visual artists, the plastic language became very familiar to him from an early age, later unambiguously determining his path to the artistic field.

Blei's work is inspired always by an idea, a state, a dream, becoming then a story that is revealed in a subtle and unpredictable form. Introspection is very important in this creative process as a means of revealing the inner chaos, understanding it and overcoming it. This process makes him travel an unknown itinerary for the beginning, caught in a game of duality between logic and emotion between known and unknown, in which the mystery has its role.

As a technique, Blei mainly use the oils in a succession of fine color layers and use any pleasant accident of the colors on the canvas integrating it as part of the shapes game.

His style was strongly influenced by classical and also modern painting, as well as by the surrealist current that explores the idea of dreams and initiates the imagination as a total means of expression.

"I want to paint an emotion, a dream, through lines, colors and shapes, to create something new, different and unique!"