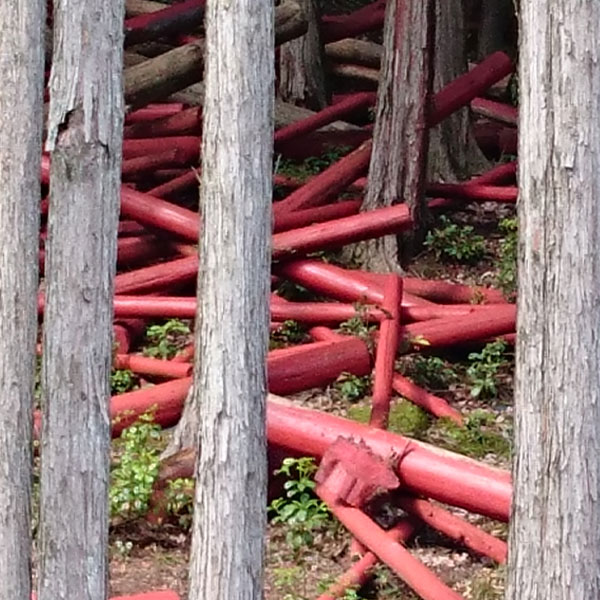 “My goal is to create a harmonious relationship between nature and artifact. By combining these two conflicting factors, we can remove nature (living organic matter) and non-natural boundaries.”

Japanese sculptor, IHARA was born in 1943 and has been awarded at the Nika exhibit (Tokyo Metropolitan Art Museum) every year between 1967-74. In 1976 he became an Honorary Member of Japan Flower Arrangement Foundation. In 1986 he built a sculpture at Misawa Gate Riverside Park in Himeji City, Hyogo Prefecture and in 1989 3 of his sculptures were built on the main street of Kagawa Bridge station in Hyogo ken. Ihara’s has been commissioned numerous public sculptures in Japan as well as in the USA where he has exhibited many times and received awards.