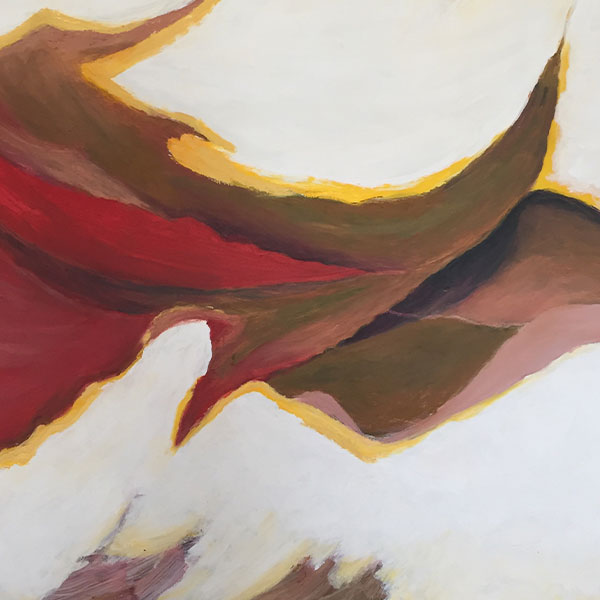 "I am basically a landscape/seascape artist with a keen interest in physics and maths. Also in plants. As an artist I am constantly evolving, and my seacapes have developed into studies of coastal scrub, and, more recently, studies of the brilliant flowers that thrive along Australia's coast."

Australian artist, Gay Emmerson graduated the Canberra School of Art in 1979, specializing in Painting, and over the next thirty years had numerous mostly solo exhibitions in galleries in and around Canberra, and also participated in group exhibitions. Emmerson also holds a Bachelor of Science, University of Sydney (1964).

The recipient of several prizes and awards during this time she has completed a large triptych for the Cadets' Mess in the Defence Force Academy in Canberra. She has had six solo exhibits in Canberra, Canberra, Sydney, London, Gundaroo and Queanbeyan and six joint exhibits as well as several group exhibitions. In 2015 she was a tutor in oil pastels at the Summer Art Experience in Canberra.