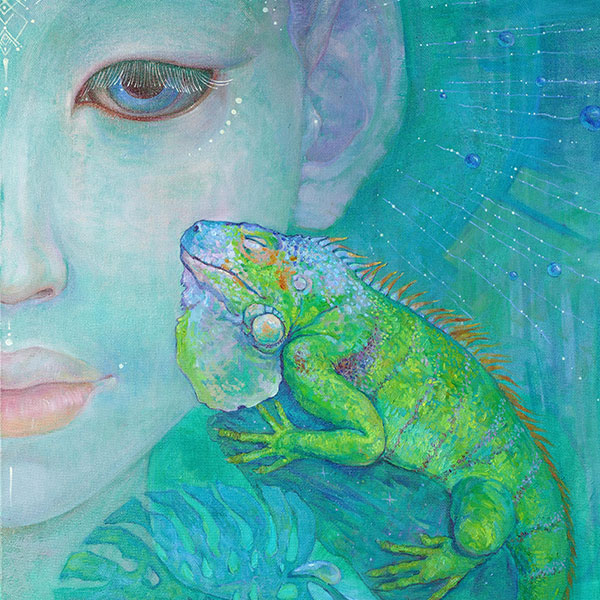 Katya is like a creator, calling into existence her own world, which consists of fairytale dreams and faith for the good. She makes us recall the children's games and dreams, see our environment in a different way — through the prism of the childish simplicity and naïveté, and thus become better.

"There are no "absolutely grown ups" and no “absolutely childish” people. We all come from the world of the fairy tale, where we see the brightest dreams and the air is soaked in them. The most important thing is not to lose this childishness when you grow up and get wiser, have a free spirit, be loving and always ready to meet fairy tales."

Katya Dudnik is a prominent Ukranian artist. Her first teacher was her father, while her mother was her inspiration.

Apart from an outstanding natural talent, Kate has a notable professional background, studied at the State School of Arts T.G.Shevchenko (1997-2000) and the National Art Academy (2001-2007).  She is an honorable Member of the Izmail Art Union and National Youth Assembly of Artists of Ukraine. In 2010 the name of Katya Dudnik was included to the “United Art Rating” (which includes the names of the artists of Russian Empire, USSR, Russian Federation, Ukraine and all the ex-USSR Republics of 18th - 21st centuries, who formed their part of the world’s heritage).

The main characters of her paintings are her two sons, nieces, beloved sister and Katya herself. But each viewer sees himself or someone from his family, friends. Katya Dudnik took part in various exhibitions which helped her become confident, brought her acclaim and incentives for new creative works. She has actively exhibited since 2000, an entire list of her CV is visible on http://katyadudnik.gallery/about/