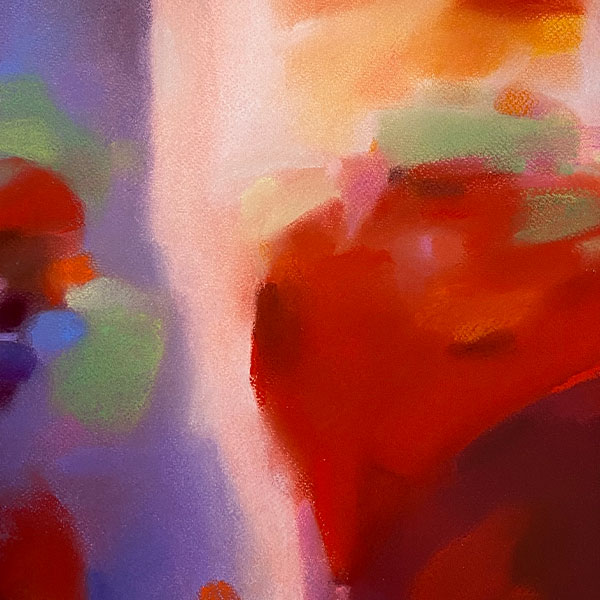 "My artworks are vibrant impressionistic abstracts, I explore the dynamic dialogues, the inherent luminosity and vitality of the colours. I use dry pastels to achieve an ethereal quality to my work that is hard to come by in other mediums."

From Norway, Kristin Holm Dybvig has been a full-time visual artist since 2017.  Kirstin worked as Ad assistant for Ottesen Bates advertising agency, Stavanger between 1985-7 and was the art director for Bates advertising agency, Stavanger between 1987 - 1993. In 1997 she became a color consultant and painter for DogH A/S Stavanger. Between 1997-2016 Kristin worked as art therapist and manager of the Special Education and Therapy program at the Waldorf school in Stavanger. In 2016 Kirstin entered a year-long rehabilitation after an operation for a physical injury.