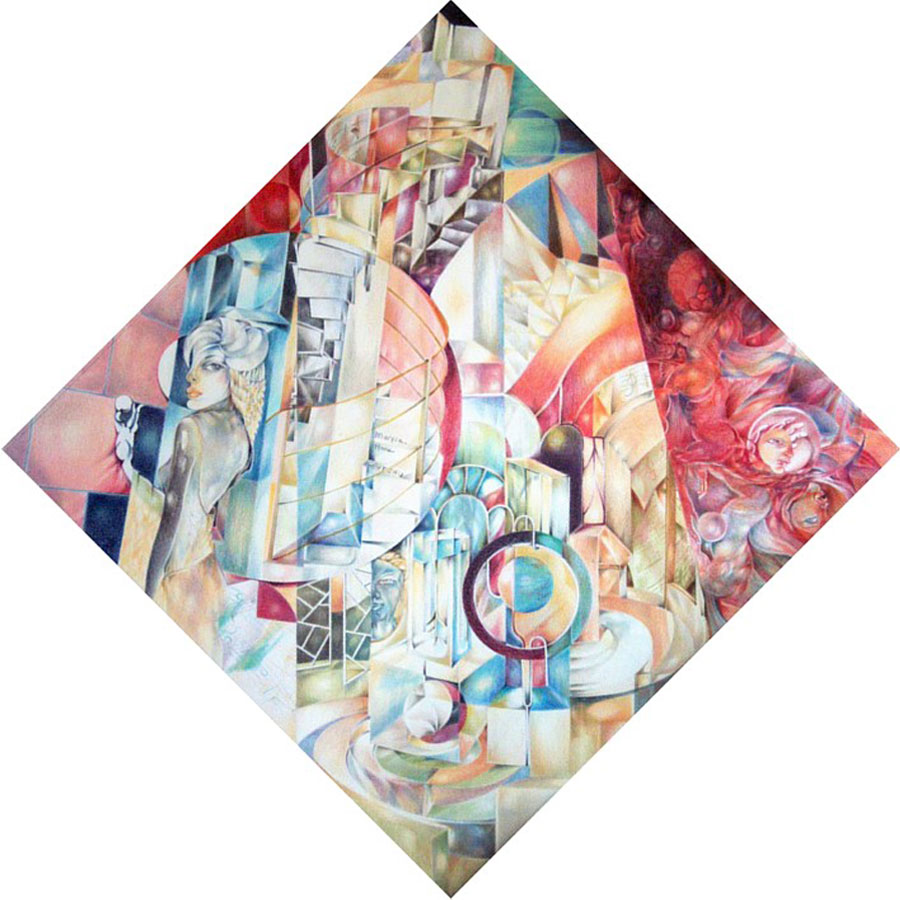 "I draw with colored and black pencils, and also with very fine Rotring. Anything can inspire me but I enjoy drawing the human body in a fantasy world."

Maryse-Anne Couteau is a self-taught artist living and working in France. The pencil has long been her favorite medium and she employs a coloring pencil technique, not widely used by grown-ups! In recent years she has also been working in ink.

In her early work, Couteau used very little color and instead focused on fine graphics to successfully suggesting volume with a black stroke gently underlined in color.  Color increasingly imposed itself and eventually supplanted the line. At first, her tones were quite assertive but gradually became more refined. By superimposing different colors, Couteau creates mixes and nuances, which are a strong characteristic in her work.

Although the human body and face have a great place in her world, Maryse-Anne Couteau is not limited to any particular style or type of representation; staging objects as well as animals and people. The artist finds an inexhaustible source of inspiration in the real world; the fertility of her imagination and her keen sense of observation intermingle a wonderful inner universe and a precise and detailed reality.

In her surprisingly original compositions, we see the impossible desire to get right up close to the subject and reach its very essence. The covering, the sliding, the transparency of surfaces, in reality opaque, the repetition of shapes at different scales or the modification of angles of view on the same subject testify to a wish to see higher and deeper; to embrace the subject in its totality instead being limited to the superficial; to see further by projecting into the future and the past; to explore beneath the surface of things; go beyond the limit traced by the outlines and reach the infinite riches that hide in every aspect of reality.

After years of studies and a professional life, which was far from artistic, Maryse-Anne Couteau has decided to invest herself entirely in drawing and has devoted herself for nearly thirty years to her passion.