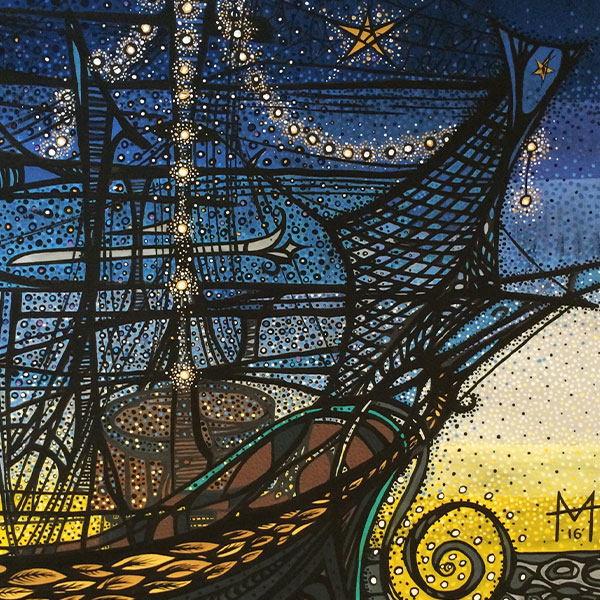 "My art is an expression of my soul, I create to express an emotion. Being creative is part of my DNA. Since graduating from university I’ve always been creative, working with pastels or drawing and most recently painting and ceramics."

Australian artist, Megan Harmer was born in Redcliffe, Australia and from a young age worked as art director and graphic designer.

"Over time I developed a series of illustrations in a sketchbook, these have been transformed into limited edition monochrome prints and a series of paintings."

Most recently, Megan has exhibited in New York, Paris and Milan. She has had a solo show in Spain and enjoys traveling, learning different languages and meeting new people.  Megan received her  Bachelor of Visual Art in Fine Art at Griffith University (Queensland College of Art) in 1992, majoring in Printmaking and minoring in Ceramics. She completed an Advanced Certificate in Graphic Design at CATC Design School in Brisbane in 1994 and began a career as a Graphic Designer in the advertising industry. She also completed a Certificate in web publishing at CATC Design School in Brisbane in 2004.