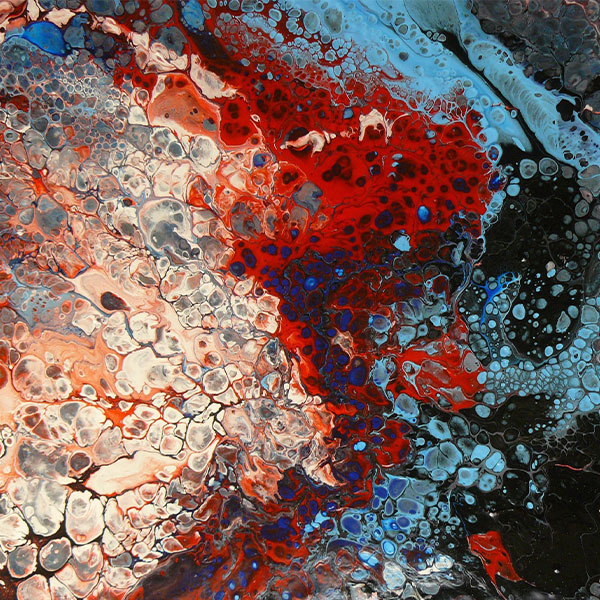 “Under the sea, in the great depths hide a flora and fauna that man has not yet defiled.”

Working formerly with authors and singers, with Lény Escudero, Mouloudji, Juliette Gréco for which he provided the intro of their shows, PiCH is now a full-time visual artist. For years, he had put all his talents aside in order to bring to focus and provide for his loved ones. A man among other courageous and modest people of which his dear Brassens wrote: "He's a modest man."

Besides the great masters, PiCH studied at the Beaux Arts in Bourges, he secretly prefers a certain Marcel Bascoulard, a forgotten tramp, an artist in rags, indifferent to jibes who, every day, drew and redraws every corner, hideout and nook and cranny of an ungrateful city with a dry pen.

It was at the age when others shriveled up in the Charente region in front of a television screen that PiCH finally realized himself as an artist. He then settled on the Ile de Ré which "always inspires more inspiration"; the artist, as evidence, revives his talents of yesteryear. He takes up the brushes and creates figurative paintings, mainly of the seascapes which he exhibits during events organized in the villages of Ré, until obtaining recognition from his peers raising him to the rank of a professional painter in 2015.

Winner of the 14th edition of the 2017 National Styles list, he joined on 17/12/2017, the large family of contemporary painters certified i-CAC. Since 2018, PiCH temporarily abandons the figurative style to give way to abstraction and the imagination inspired by the mystery of the great depths of the underwater world. In Monte-Carlo, on the occasion of the International Artistic Styles competition of December 2, 2019, the jury awarded him the prestigious Grand International Trophy of Artistic Styles - Monaco 2019, for his style of underwater landscape abstraction and the contribution new that his works bring to underwater aesthetics in international contemporary art today.