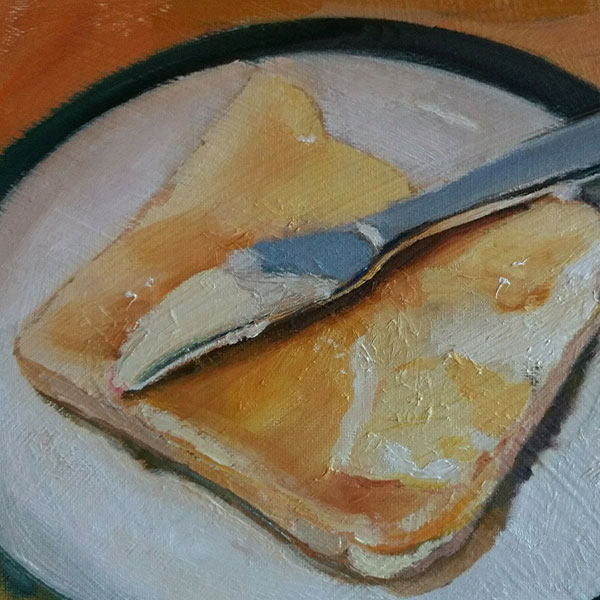 British figurative painter, Rosemary Burn chooses subjects which have entered her everyday world; mainly people and seemingly commonplace objects, turning them into extraordinary images. She sees portrait painting as an opportunity to offer a glimpse into the lives of others, exploring themes such as identity, culture, power, and ultimately the creation of today’s world by its central aspect, human beings.

An enigmatic stillness accompanies the paintings, and the use of fluid brushstrokes and lighting enhance the sculptural, three-dimensional aspect of her subjects. She has a longstanding interest in the paranormal and the possibility of other realms; other subjects which are also evident within the paintings are transitory states of existence (melting, freezing, evaporation), and time, described by the very act of painting which encapsulates a point in time through a history of brush marks.

Rosemary studied at Chelsea School of Art, London, gaining an MA in fine art. She is also an accomplished classical pianist. 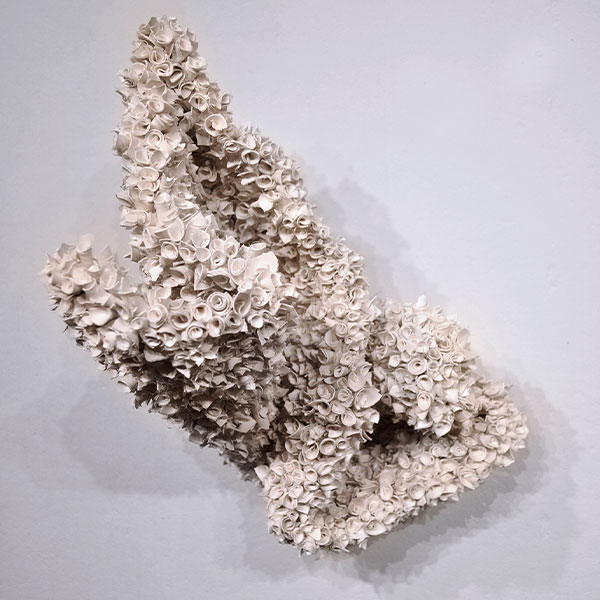 "Exploring the serendipitous phenomena from the processes of painting, I recycle mistinted house paint into sculptural skins. These skins are rolled up, taking on the forms of fungi or flowers and are superimposed on three-dimensional forms derived from natural elements."

Todd Jones was born in Tallahassee, FL and is currently based in Ohio. As an experimental artist, Todd explores the boundaries between contemporary painting and sculpture.

Todd received his Bachelor of Fine Arts with a double major in studio art and psychology from Florida State University. He is currently living and working in Athens, Ohio and is an MFA candidate in Painting + Drawing at Ohio University. Todd has been an artist-in-residence at Studio 209 in Thomasville, GA and attended the Summer Painting and Sculpture Intensive at the Tyler School of Art in Philadelphia, PA. He has had solo shows at Wild Goose Creative and the City Center Gallery at the Urban Arts Space in Columbus, OH.